GRÆDUCATION has been cooperating for one year with the ClimateSchools Be.At and YesClima projects, which are supported by the European Climate Protection Initiative. In particular, the EUKI actors in Athens are involved in the project activities so that there is a continuous transfer between the projects. The FIAP is also commissioned to train young Greek and Spanish climate experts in the field of soft skills in the YesClima project. 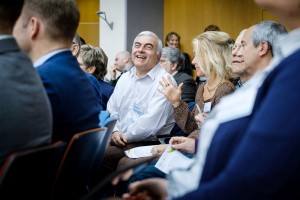 At this year’s Networking Conference of the European Climate Initiative, the project activities could be further interlinked and discussed with projects from other European countries. At the country table in Greece in particular, there were many synergies with other projects funded by the EUKI. GRÆDUCATION represents a useful supplement to the climate protection projects at the level of vocational training and vocational orientation.

A project meeting with the YesClima partners was also held on 4 March 2019 to discuss cooperation with the Spanish partners on GRÆDUCATION issues.